In 2001, Leaside Gardens celebrated its 50th anniversary. As with most milestones, one can’t help but reflect on the past and the future and this was what Leaside Memorial Community Gardens’ Board members found themselves doing. For some time, the arena’s ice allocation had been static, with all of the available ice rented, save for necessary maintenance time, making it very difficult for local hockey players, figure skaters and their respective user groups to keep up with the growing demand of their programs. Even if the Board had wanted to, there was no more ice time to rent forcing the main user groups to rent ice across the GTA at market rates.

In response, the Board formed an Expansion committee to evaluate and consider the construction of a second pad of ice. The Expansion committee consisted of board members and community members with specialized backgrounds to draw upon in undertaking this massive project.

The Expansion committee, at its outset, commissioned a Community Needs Assessment and Feasibility Study. This study and report concluded that such overwhelming demand justified the development of a second pad of ice.

The consultants also identified the need to acquire the property adjacent to Leaside Gardens at 1075 Millwood Road in order to facilitate construction of a second pad of ice and parking.

In December 2001, during a meeting at City Hall, members of the Leaside Gardens Board presented the Feasibility Study to Commissioner Joe Halstead, then head of Parks and Recreation for the City. Commissioner Halstead endorsed the City’s acquisition of 1075 Millwood Road and directed City staff to begin negotiating that with the Ontario Realty Corporation.

In 2009 the City of Toronto purchased the property at 1075 Millwood Road from the Province of Ontario. The current estimated capital cost for the project was $9.5 million including design fees and disbursements, demolition, a new building and contingencies. The City agreed to permit borrowing $7 million against projected future operating revenues.

Our grassroots community fundraising goal was to raise the balance of $2.5 million – the new arena was opened in September 2014. 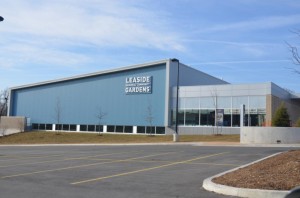 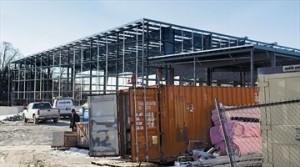 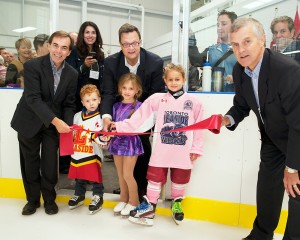 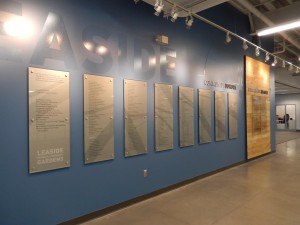